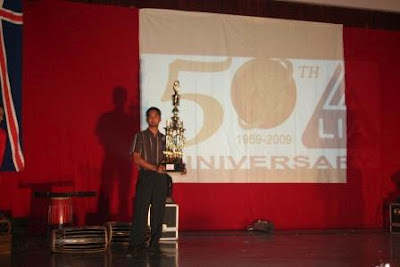 
The Jakarta Post Sun, 04/19/2009
Dozens of students and teachers were crammed into the main room of the Mattulada function hall, to attend the final round of the annual Perisai English Contest (Pilot), that was organized by the English Department students body (Perisai) of Hasanuddin University, in Makassar, South Sulawesi, on Feb. 22.

During this annual event school delegations took part in various competitions such as the speech, writing, storytelling, reading, and debate contests. The last contest was so popular that some schools entered more than one team.

Twenty-two high schools in South Sulawesi, West Sulawesi and Southeast Sulawesi took part in Pilot 2009, which was held under the theme "Becoming an International Student".

"This is the 7th time we have held this competition . But the number of participants was fewer this year than that in 2008. Last year, 29 schools took part," organizing committee secretary Mutmainnah Magfirah said, adding that the committee had invited 130 schools to join the competition, 48 of which are in Makassar.

On the last day of the event, teams from two favourite schools, SMU 17 Makassar and SMU 1 Maros, met in the final round of the debates. After 1 hour and 15 minutes, the judges named the SMU 17 team winners.

As well as their prize, winners were also offered places in the university's English language program, bypassing the regular enrolment exams.

"The competition is also our way to promote the faculty, especially the English Department," says Muh. Amir P, vice dean of Hasanuddin University's Cultural Studies Faculty. Most graduates from the English department go on to take high-profile jobs, Amir said. English, the faculty also offers courses in French, Indonesian, Japanese, Makassar, Buginese or Arabic languages. In 2011, the faculty is also planning to open new departments for Korean and Chinese languages.

"We have sent two members of staff to China to learn the language and culture. We will also invite Chinese lecturers to share knowledge," Amir said. The Pilot competition is aimed at increasing students' abilities in English, lecturer Simon Sitoto says. "Mastering English is getting more important by the day . The competition will encourage students to improve their English, written and verbal," he said.
http://www.thejakartapost.com/news/2009/04/19/hasanuddin-university-gets-students-through-english-contest.html